I should state right out of the chute, this was my first meeting of the EBS. I walked in not knowing what to expect or even what the meetings were about.  I "did" have my own agenda in mind and that was to meet others that had experience in home brewing  or knew people that did.

Now regarding the beers that were sampled: truthfully the first beer was not something i would seek out (this is only because i tend towards IPA's and Stouts...) i did enjoy it but i don't think it would be a…

In case anyone is interested, there is a new Erie area Homebrewing Club forming on Facebook. We are called H.A.Z.A.R.D. = Homebrewers And Zymurgists Alcohol Research Division. Whether you are currently homebrewing or would like to get into the (passion) hobby, stop in and check us out. Log on to Facebook, search for "H.A.Z.A.R.D. Homebrewing", click the link, then "JOIN".…
Continue

You asked for it! 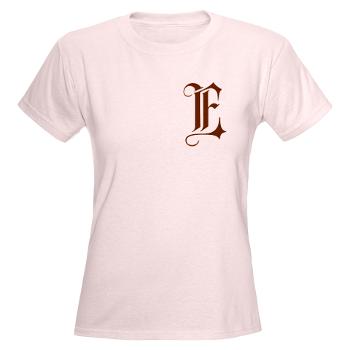 Brew Wear in PINK is finally here! You have your choice of softer colors in these super-cool feminine fit just for us. Check 'em out!

Summer is the perfect time to get outside to enjoy great music and good beer with friends, and we've got your chance to do just that!  We have VIP tickets to give away to the WQLN Music Fest this Saturday at Sprague Farm and Brew Works. Just comment on this blog post for your chance to win!

You'll find all the details about this great event here:…

Join us for our anniversary celebration!

Join us at the Plymouth Tavern for our one year anniversary bash! We will be sampling Blue Point Winter and giving away great prizes. You don't want to miss it! Due to the holidays, we will be meeting off-schedule on December 16, from 7 to 9 p.m. Hope to see you there!

Here are some details about this month's beer. I've never tasted it so I am looking forward to trying it at the meeting!

Blue Point Brewing's Winter Ale is a hearty and robust amber ale. Brewed to chase away the… Continue

Upload a profile photo before November 1st and you could win great prizes, including the fashionable Erie Beer Society official t-shirt.

To those who have already uploaded your profile photo, you are automatically in on this contest. Well done!

Get well, get well soon, we want you to get well!

The Erie Beer Society sends get well wishes to one of our original members, Frank Balzer. Frank is recovering from a sudden illness and we look forward to seeing him at a meeting soon!

Members -- feel free to send Frank a note through his page on this site!

If you know a good bartender, make sure they register for the 2010 Showcase Bartender Challenge presented by Bud Light Lime. All the bartender has to do is upload a photo and fill out a short registration form at www.GoErie.com/bartenderchallenge. It's free (and it's for professional bartenders only). The bartender who receives the most votes will appear on the COVER of Showcase magazine in the Erie Times-News…

Direct message me today for your chance to win two tickets to the Erie Micro Brew Festival at The Brewerie at Union Station on Saturday, April 17, 1-4 p.m. Send me a message before 5 p.m. today. I am giving away one pair every day this week, so if you don't win today, stop back tomorrow and enter again!